My View on the Movie—Hachiko, a Dog’s Story

This movie, Hachiko, a Dog’s Story, is the one that has left the deepest impression on me. Not only because it tells us a heart-warming story, but also due to the reason it shows us that we are tied with our animal friends deeply forever and ever not just by loyalty, moreover, by friendship. It is no doubt that this story is a heart-warming and moving beautiful story. A lost puppy was found by Parker, a professor majoring in dance and music. In his home, the puppy named Hachi lived a happy life. When it was windy, Parker brought the puppy to the dining room in spite of disagreements of his wife, a kind-hearted and approachable woman but showed little dislike of dogs. In addition, Parker had spent lots oftime to play with little Hachi on the grassland and in the room. Day by day, time saw little Hachi’s growth and the growth of his friendship with Parker. Someday, Hachi began to go to work with Parker and waited forhim when he finished the job at the gate of train station. Rain or shine, Hachi never gave up going with and waiting for her friend, Parker. Unfortunately, one day, Parker was dead due to heart attack after his performance. So Hachi was not able to go back home with Parker. Hachi was very upset, hoping that Parker will show up someday and called his name and touch him and played ball with him. Every day, every morning, every evening, Hachi stayed at the usual place and waited until dead. Because of Hachi’s loyalty, he was very famous and exerted a considerable influence on us.

I have remembered that in the Three Kingdoms, there was a very famous horse called Citu. He refused eating and drinking till death after his master was killed. This not just shows us the horse was loyal to his master, but shows he had very deep friendship with his master. In every war, they had to cooperate with each other to defeat the emery. A Chinese saying goes, there is no distance between two people who can know each other well. Meanwhile, I want to say there is also no distance between people and animal friends. Sometimes, animals are loyal to us because they treated us as friend. So when we leave some time, they may miss us. For this reason, I suppose that we should try to make friends with animals. At the end, you may find your dogs or cats could be another Hachi, sharing sorrows and happiness with you.

At last, I hope one day I will have the place that belongs to me where I can keep lovely animals. I have dreamt live a simple life, working at the daytime, resting and watching movies with my cats at night. When I was young, I had kept a cat. He was very clever and even liked playing ping-pang balls very much. We also played together sometimes. So that is the reason why I can feel the friendship between animals. That is really sweet and unforgettable. 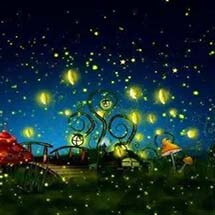